4G Network Simulation Projects is our leading service that offers current research ideas for doctoral students and other research scholars. We have started our service for student’s research foundation to enhance their research career and academic excellence. Our organization is the world’s number one leading institute consisting of 150+ world-class employees to serve students worldwide. We provide complete solutions for your 4G Network Simulation Projects, including protocol development, algorithm implementation, and simulation completion.

We offer research ideas for students in the latest technologies and real time applications. We also support external research guidance such as research paper writing, thesis writing, paper publication, etc. Due to our vast experience and immense knowledge, we have successfully accomplished 5000+ Simulation Projects with our entire research team’s completed support.

Let’s glance over our immense support for your Projects, 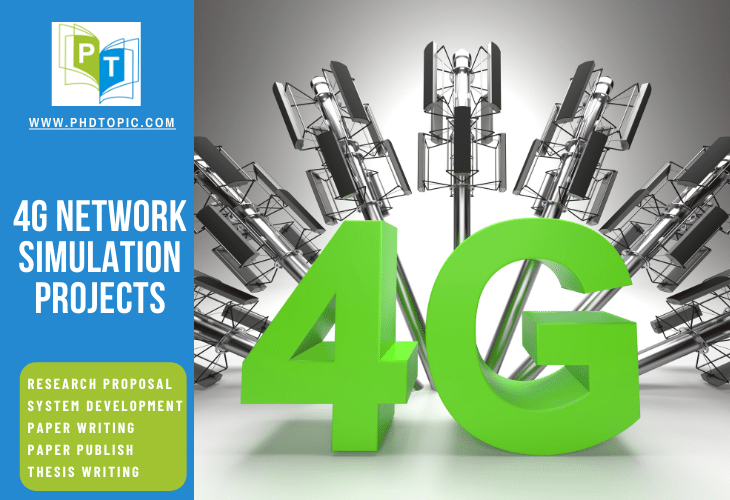 NS3 is an open-source network simulator, and it supports LTE Model for the 4G Networks Simulation. It also supports the various aspects of functionalities for the evaluation of 4G LTE systems that are as follows:

Qualnet is a commercial simulator for modeling and also simulating the networks. It consists of a library for federation interfaces, sensor networks, UMTS, LTE, Urban propagation, and TIREM propagation interface. An LTE simulation model is used in the 4G Qualnet network simulation to model and simulate different protocol stacks on EPC and E-UTRA. Qualnet supports LTE library, which provides simulation for 4G cellular networks.

LTE Specialized Model is used in OPNET for 4G networks simulation. It has specialized features that include:

We hope that the aforesaid information is valuable also for your Simulation Projects. For further guidance or any doubts also from the abovementioned information, contact our top experts. For your comfort, our tutors are available online 24/7 for 365 days. Here’s we also have listed few development tools and softwares for your reference.

LTE System Toolbox: Matlab toolbox that used for standard-compliant simulation and verification and also used to analysis of LTE and LTE-A systems and devices

4GSim: Freely available and open-source simulation package used in 4G networks. It can also be developed over OMNET/OMNeT++ INET framework.

OpenLTE: Open source implementation of the 3GPP LTE specifications. Octave code is also currently available to test the downlink in transmission and reception.

OpenAirInterface: 5G Software allows users to create wireless innovations, and it is an open-source platform concerned with air interface standards such as LTE and 802.16E prevailing path to thesis on 5g technology.